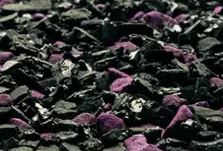 The legalization of cannabis in numerous states has kick started a growing industry of cannabis production. Cultivation centers and dispensaries are now becoming more prevalent in local communities. In order to abide by Best Management Practices set forth by state governments, many cannabis companies are addressing the issue of odor control. Delta Adsorbent’s Cannablend material can be a useful form of carbon technology that will reduce or eliminate undesired odors produced from the cannabis plant.

The pungent odor emitted from the cannabis plant comes from oils that are secreted from the glands that produce the cannabinoids (THC and CBD) from the plant itself. These secreted oils are called terpenes or terpenoids and they play a vital role for the development of the Cannabis plant. Another issue of concern for cannabis cultivation is the presence of harmful volatile organic compounds (VOC) in the rooms containing the cannabis plant. If the VOCs are not removed, they can consequently create ozone like conditions that can be harmful to humans and the plant. The proprietary blend of the Cannablend material was designed specifically to adsorb the terpenoids, terpenes, and VOCs that are present during the cannabis cultivation process.

What makes the Cannablend material so useful for vapor phase adsorption is the extremely porous nature of the particle. The high internal surface area of the particle lends itself useful to trapping the VOCs and terpenes that are present in the vapor phase. The Cannablend also does not promote bacteria or mold growth on the cannabis plant which is another important aspect of the cultivation process. This carbon technology can be installed into any room by placing the material in a central air handling unit or in a standard air purifier. The implementation of our Cannablend material will promote a healthy and odorless environment for safe and reliable cannabis cultivation and handling.